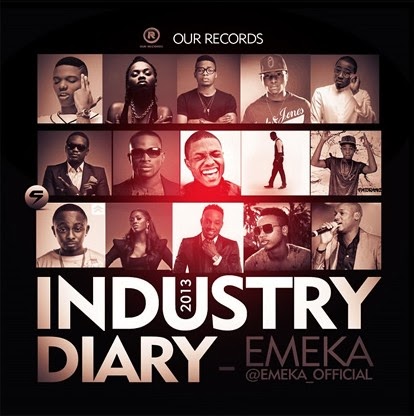 It is 2014 already but that did not spot Emeka from following the steps of Modenine by airing his own diary of the music industry in 2013 on a song. Emeka – formerly known as T-Wizzle is the artiste behind the stellar hip-hop number ‘Beautiful Day’ and now he brings us a definitive wrap up track titled ‘Industry Diary 2013?. The OUR Records’ emcee touches on all the biggest events and happenings in the previous year, displaying impeccable rhyme scheme and true rap artistry. Emeka’s diary awaits!