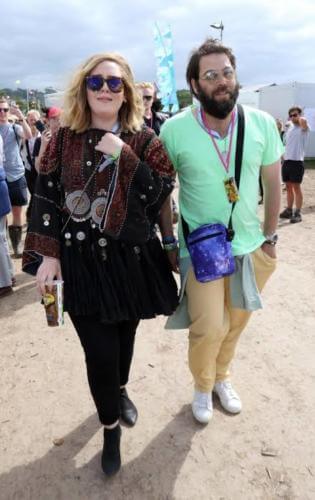 English singer and song writer, Adele and her husband; Simeon Konecki have resolved to ending their fairly long time marraige.

The 30-year old irish singer & grammy award winner and her long time partner were married for more than eight years before finally calling it quit with eachother.

Adele’s representatives publicised the news on Friday evening to various publications through the Association Press. The former couple have a son together named Angelo James whom she bore for the American, a charity CEO.

Talking about the shocking separation, Adele’s representatives said “They are committed to raising their son together lovingly.” The statement continued, “As always, they ask for privacy. There will be no further comment.”

It’s really a shcoking news to see as Adele and her husband have kept their matrimony away from the public eye as best as they could. But who knows, it could be the best decision for both of them.

The exact time Adele and simeon got married is yet unknown by fans of the music as it was never revealed.