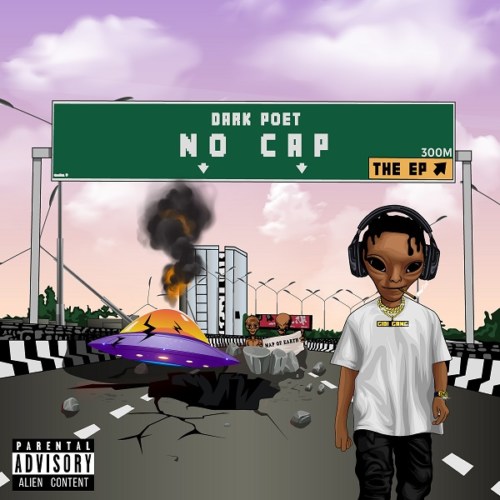 The long-awaited “No Cap” extended play from Nigerian veteran rapper Dark Poet is finally here, the 7 song EP includes the previously released single “Ripple Effect” a captivating tale that holds you by the hand and shed a light on Police brutality from three different angles, it features heavyweights M.I Abaga and Falz.

The project is Dark Poet’s first official body of work, and he chose to work with fast-rising producer ExtremeBeatz who produced 6 out of the 7 tracks on the project, he also collaborated with other industry favorites like CDQ on the smash record “Swallow” and displayed some lyrical poise with the punchline kings Yung6ix and Dremo on the track “Yung Boss”. Introducing Q-dee & Ezzie Wonder with the seductive tunes of “Kura”.

“This project has been almost 5 years in the making and I hope everyone can take some time to appreciate the hard work and dedication it took me and my team to bring this forward, there is something for everyone”, he mentioned in an interview.

He also made it known that he would be dropping singles to his next project later this year, as he is back in the studio working.

Stream, listen, and download the “No Cap” EP below;

STREAM “NO CAP” ON DSPs

STREAM “NO CAP” ON AUDIOMACK 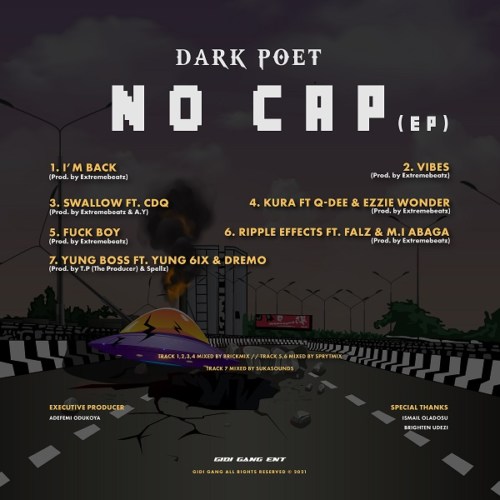