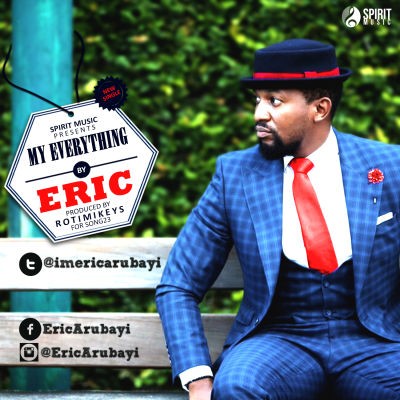 3rd runner up, Idols West Africa season 1, Eric Arubayi is back with a new single titled “My Everything” which premieres on his birthday on major music platforms around Nigeria.

Eric, described as a classic R&B/Soul artiste whose music basically summarizes the basis of our existence, survival and hustle through life is geared up towards his new single.

Having released his debut album in 2011 titled “Redefined” which saw him working with the likes of Jesse Jagz, he is most popularly known for major hits such as I go Make Am, Mr DJ and One Love, One Voice.

Eric’s Arubayi’s new single “My Everything” tells a powerful, positive story of love and the mightiness of God and the love we can share with Him and one another, in a worship and piano-driven mid tempo ballad.

Speaking on the single, Eric comments, “It’s amazing how God has been alot to me and a whole lot of people can relate to this hence I call him my everything”

LiuKang & Prince John – My Everything

Fastlink Music presents LiuKang and Prince John on a collaboration titled "My Everything"; this song is currently trending and has made these two vibrant gentlemen...