ERIC MANY PRESENTS: Emeka – “In My Zone” 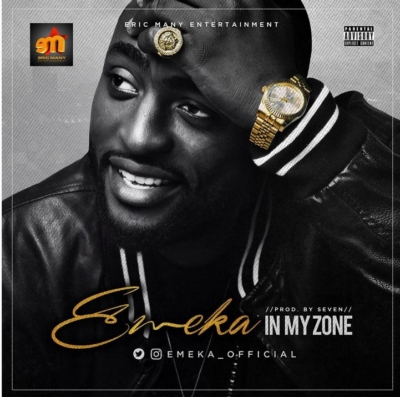 In July 2016, rising pop sensation Emeka released a cover version of Wizkid’s song, Shabba.
Since then, his career has been on a steady rise and he was immediately under the radar of Eric Many records, a massive player in Nigeria’s music industry. Eric Many, a record label that nurtures raw talents led by billionaire businessman, Okwudili Umenyiora picked interest in Emeka’s talent and has over the last couple of months nurtured and developed his craft and talent.The label has now officially signed Emeka as its new act, joining its frontline act, Runtown.
Wasting no time, Emeka has just released his debut single under his new record label. The new song titled ‘IN MY ZONE’ was produced by ‘Seven’ And it’s a certified club banger laced with heavy punchlines and a sweet melody.