………. As Enugu Auditions prepare for take off

Port-Harcourt, Nigeria; October 17, 2011: Nigerian telecommunications giant, Etisalat, in fulfilling  its promise to offer platforms for youth discovery and development, recently held the second auditioning of Nigerian Idol Season 2 in the garden city of Port-Harcourt. The vibrant crowd of over 2000 youths that turned up for the hottest musical auditions at Hotel Presidential was proof that not only is Port Harcourt the renowned oil city, but one overflowing with musical talents

The Port Harcourt auditions, the second in a row after Abuja gave youth hopefuls of the region the opportunity to showcase their talents as would-be Idols. Renowned artistes, DJ Zeez, Frank d Nero, and Nigga Raw added glamour to the event, as they rendered hit songs, which got the crowd screaming and dancing.

Speaking on the successful auditions in the Garden city, Chief Commercial Officer, Etisalat Nigeria, Wael Ammar, said “Nigerian Idol, sponsored by Etisalat Nigeria offers a platform for discovering and developing musical talents, as well as promoting them, with a star prize that includes a recording contract with a top international label. “With the huge turn-out of contestants at the Port-Harcourt auditions, we are confident that more contestants will turn up in Enugu”, he said.

Mary Okey, a Mass Communication student of the Benue State University, one of the contestants who scaled through at the audition, admitted that it was really scary facing the judges but that the experience was rewarding and enlightening. “I am so happy to be one of the people selected at this audition and I pray I make it to the finals”.

Next stop for auditions will be holding at the Universal Hotel, Enugu on the 28th and 29th, later this month. The last phase of the auditions will be in Lagos on the 9th-12th of November, at the Dream Studios.

Etisalat, lead sponsor of Nigerian Idols, will be giving away premium prizes not just to the winner, but also to the runners-up and others in the Top Ten positions.

The show will begin airing December 4, until the winner is announced at a grand gala in April, 2012. 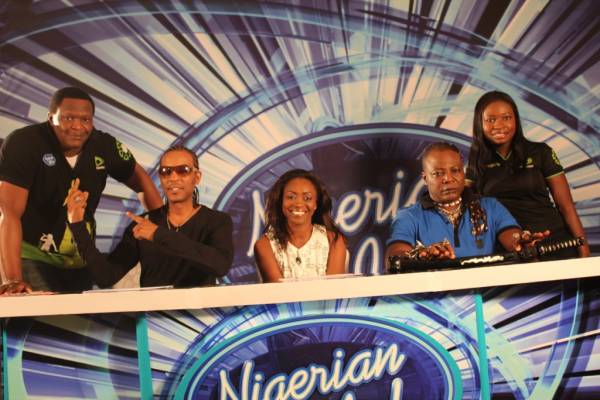