Sina Akinsola whose stage name is L.A.G.O.S (an acronym for Learning And Grinding On the Streets) is one of the few hardcore rappers around. Though still not with a record deal yet, he is ready to make a mark in the Nigerian music and possibly the world over. He has a mix tape and an EP under his belt, LAGOS Wuz Ere and RAPture the EP. LAGOS hopes to end his unrecognised greatness with the release of RAPture the EP.  He chats with Dipo of Tooxclusive about his music career and his plans for the future. 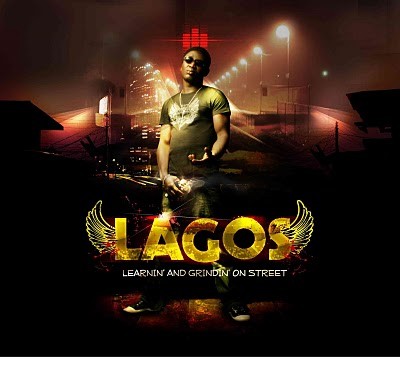 LAGOS: LAGOS is a rapper, a go getter, the alter ego of a young man called Sina.

LAGOS: First thing first LAGOS is a backronym and it means Learning And Grinding On Streets. Secondly, it is a metamorphosis of the different monikers I have chosen through the years. I came up with different monikers before finally chosing LAGOS but when I chose LAGOS and had a backronym to it I knew it is what best defines me so I am stuck on it. My friends and family even find it cool calling me Lag or Lagos.

Q: How did you get into music and when did you start? Though I remember back then in high school you and a couple of your friends were always in school writing rhymes but I never knew you would take it this seriously.

LAGOS: I never believed I would take rapping as a career till 2009 and that came pretty late but as they say, it is better late than never. I know if I had being rapping since the late 90s or even the early 2000s, LAGOS would have been an household name by now. I decided to hold it down in 2009 after I received kudos for performing Street Grammer at a show. Before then, I just rhymed for the fun of it.  I got into the industry by going hard and staying on my grind but I’ve still got a long way to go because I wanna drop at least 10 official albums before retirement.

Q: Any celebrity influences or rap icons and did they have any part to play in your choice of  genre?

LAGOS: I got no particular influence or icon but I look up to a whole lot of established artistes from different genres be it Hip Hop, Country, Rock, Afrobeats, Juju, Raggae and Rand B home and abroad.  I’ve learnt one or two things from different artistes’ music and their lives.

Q:  Really why hardcore rap? We don’t have too many hardcore rappers in Nigeria, besides it is generally believed that hardcore doesn’t sell.

LAGOS: Lol. I really dont classify myself as a hardcore rapper. Am more than a rapper am an emcee because I spit more than wordplay, similes, metaphors and I can control the crowd better than the average hardcore rapper. I got some dance tracks, laid back flows on some joints and I flaunt different styles. I’m versatile and more than a hardcore rapper.  When it comes to sales, it doesn’t matter if a rapper is hardcore or commercial but it all boils down to fanbase, promo and the material itself. If everything is well done, the grimiest of hardcore rappers can sell more than any average bubble gum rapper, cause real rap lasts.

Q: I know you are not presently signed to any record label have there been any other major setbacks in pursuing your dreams in the music industry?

LAGOS: Not at all. There have been no setbacks minor or major. I’m just taking my time. I know most def if I rush in am gonna rush out. As a matter of fact I know nothing good comes easy so am grinding hard to be a force in the game to reckon with. 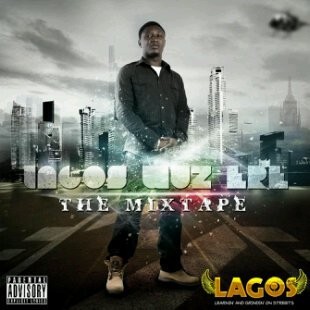 LAGOS: Everyone got their hustle, their style and I aint gonna knock nobody’s hustle cause it’s a free world, but in this industry there’s more than meets the eye. The difference bout me and any average rapper is the fact that I keep it 100, I keep it real my lyrics are true to life, based on a true life story. My lyrics is just me, I rep for all those learning and grinding on or off the streets.

Q: I know you have a mix tape and an EP released. Why these before a proper album?

LAGOS: Both mixtape and the EP are promotional tools used by artsistes and labels to create buzz or generate hype and I adopted it too, I will keep making mixtapes between the course albums, its an Hip Hop thing. An EP on the other hand is more of an official promotional release. Both the mixtape and the EP are samplers for my upcoming debut album. I get to read the mind of my fans and the average listeners and critics through their response to the songs on both projects. Dont be surprised to see some joints on my album. 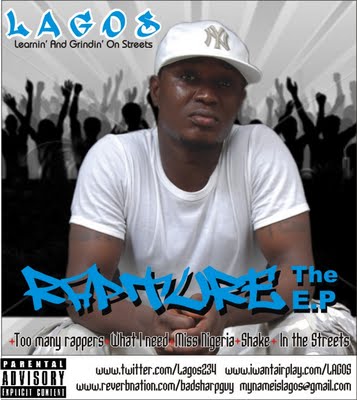 Q: Any celebrity collaboration in the offing?

LAGOS: Yeah. I got a lot of people am planning to work with and I have being contacting different rappers, singers and producers.

Q: Where do you see yourself in the 5 years?

LAGOS: I see myself as a successful rapper with award-winning albums and the CEO of a record label in the next 5 years.

Q: So what mark do you plan to leave in the industry?

LAGOS: As one of the best that ever did it.

Q: If you were to work with 3 artistes’ home and abroad who would they be?

Q: When should we be expecting your album?

Q: What are your career high points?

LAGOS: Am tru to the game, I got all it needs to suceed in the game and I know how to go about it. I can hold my own and I know where am heading.

Q: if you were not into music what would you be doing?

LAGOS: I would still be a nine-to-fiver at an Advertising agency (where I was) or a fashion designer (I used to hav an Urban/Street clothing line called 234 Apparel and I might still get back to it later)

Q: Who is your role model?

Q: Who is that special lady in your life?

LAGOS: I dont have any special lady in my life right now.

Q: Who are your style icons?

Q: What are the things you can’t live without?

Q: LAGOS thank you so much for you time. I wish you all the best. God bless your hustle.

LAGOS: Thanks so much for the love and support since day one. Shout out to everyone at TooXclusive and to my fans all over the world.  I love all yall. Peace.

A graduate of Mech Engr from UNILORIN. Works and lives in Lagos.
Submit your comment