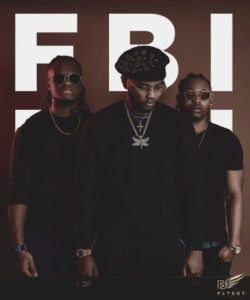 It is not true that singer, Kizz Daniel signed Philkeyz to his label, FlyBoy INC. This report is coming from an insider who prefers to maintain anonymity.

Ahead of the release of his “No Bad Songz” album, Kizz Daniel announced the signing of two new acts – Philkeyz & Demmie Vee – to Flyboy INC, on social media. The singer shared what looks like a promotional picture of himself, Demmie Vee and Philkeyz as FlyBoy acts; on his Instagram page. He used the caption, “welcome to FLYBOY INC @demmieveeofficial @philkeyz.”

However, a new report has put a lie to the story. The source claims that Philkeyz is not signed to FlyBoy INC, backing up the claim with the fact that there is nothing to link the producer with the label, on his social media profile. Philkeyz does not have the name of the label in his IG bio, he didn’t share the post used by Kizz Daniel to announce his signing to FlyBoy INC either; although Demmie Vee did.

The first sign of confusion appeared after Kizz Daniel shared a video about his new signees on his Insta story. In the video, the “No Do” singer verbally congratulated both Demmie Vee and Philkeyz; but he only mentioned the former in his caption. He said, “I want to say a very big congratulations to Demmie Vee and Philkeyz. Bigups mehn. It is so good to be working with you guys. More success and many more hits together. One love, FlyBoy”; but wrote in his caption, “congrats @demmieveeofficial I cant wait for our jam to enter.”

At first it appeared as an innocent omission but the latest report alludes to the omission being deliberate. The source said Kizz Daniel was trying to backtrack the announcement after realizing that Philkeyz was not playing along. The source confirmed that in deed Kizz Daniel approached Philkeyz with an offer but the offer was not taken by the producer.

Reacting to the question on how Philkeyz appeared in the FlyBoy INC label acts’ unveiling picture, the source said, “Kizz Daniel tricked Philkeyz to take a picture with him for the promotion of NBS ‘cos Philkeyz was part of the project.”

This report is coming as a shocker considering that Kizz Daniel only recently dusted off the ash of his former label and it was starting to look like he is enjoying a new lease of life as a freeman, a label owner and an artist with a potentially big album on the way. This new controversy is looking like a bad omen for the widely loved singer especially now that the release date of his album is near.