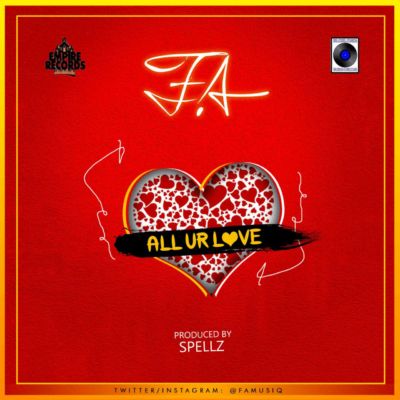 One of Africa’s leading afro-pop artist and Liberia’s music sensation, F.A, releases the follow up to his last summer’s hit song titled “All Ur Love”.

F.A’s “All Ur Love” is a classic Afropop mid-tempo song that was produced by award winning producer Spellz. F.A. became a household name after his last summer’s hit single “Desire” which featured Chidinma, a song that peaked at #1 on Soundcity’s Top 10 West Africa countdown and got him numerous recognitions including a NEA Awards nomination for African Artist of the Year.

It is clear that F.A. has mastered the art of delivering beautiful songs as “All Ur Love” is sure to burn up the airwaves this summer.