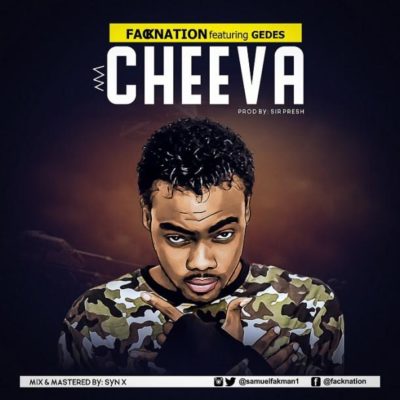 ?Facknation is an eclectic hip-hop group consisting of 3 talented  brothers ‘Samuel The Catalyst Fakman’, David ‘Maximum’ Fakman, ‘Danny the Biggie Fakman’.
They have been on the hip-hop scene for quite a while, and have overtime produced banging singles like Inspiration, Eshe and the most recent of their works being fight of faith by Samuel the Catalyst Fakman which has the catalyst dropping bars on Olamide’s Eyan Mayweather instrumental.
With that same momentum the group have gone on to produce OVERACHIEVER “Overa’CHEEVA”, a song which has been highly anticipated, and is set to take the industry by storm and leave a Facknation imprint on the sands of time.
The group have teamed up with the one and only LORD GEDES for this one, Be on the look out for this group because they show no signs of slowing down and they’ve given us a hint through this song that they are all about God, money, family, determination.
Well you will hear the rest, just hit download..Enough Said!
Facknation – Overa’CHEEVA ft. Gedes
Tags: FacknationGedesOvera’CHEEVA
Share160Tweet100Share40
Previous Post

Harrysong – Under The Duvet [New Song]