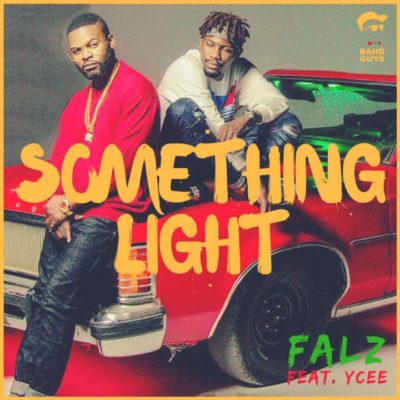 Folarin Falana (born October 27, 1990 in Lagos State), better known by his stage name Falz is a Nigerian rapper, actor, and songwriter. He began his career while in secondary school after forming a group called “The School Boys” with his friend before his professional career as a music artiste began in 2009. Falz shot into limelight after his song titled “Marry Me” (featuring vocals from Poe and Yemi Alade) won him a nomination in the “Best Collaboration of The Year” category at the 2015 Nigeria Entertainment Awards.

We certainly ending the week on a high not as Falz comes through with this new visuals. The video is titled Something Light and features Tinny Entertainment’s finest, Ycee.

I meet this dangerous girl for my guy wedding
She fine scatter, the body dey mad person
I come dey form posh based on the kind setting
But even she don’t know I dey try getting