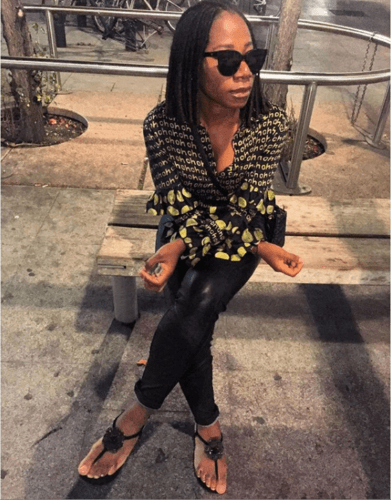 Nigerian Singer, Asa has put a smile on the face of a die-hard fan of hers.

It all started as an innocent tweet with a certain Twitter user vowing to frame a response from Asa saying she loves him.“If I tell Asa I love her and she replies and tells me she loves me back ama frame that shitt and put it in my room”. Upon seeing the tweet, Asa responded telling him that she loves him a million times more and asked him to send a copy of the image.“I love you a million times. Oya frame it and send me a copy”.

The young man fulfilled his promise and shared a picture of the framed tweet.

See the picture below

“Fan Puts Twitter Conversation With Asa In A Frame After Getting ‘Green-Light’ From The Talented Songstress”, 5 out of 5 based on 2 ratings.