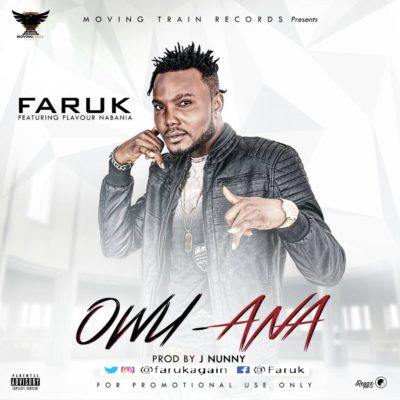 Faruk is not new to the music scene as he has been holding it down in the southeastern entertainment scenario for over 8years now with lots of songs and collaborations on different projects that included the likes of Selebobo, Veecko Kyngz, Mr Ibu and a host of others. Early April 2017, he got signed to Moving Train Records Limited a new record label that is based in Nigeria and Europe. “Owu Ana” which means “poverty is gone” features Flavour and is his first official single under the label. Faruk is a very versatile highlife/dancehall artiste as we are sure to expect a lot from him under the new label. Meanwhile, listen to the new song, download and share, is a fire tune produced by J Nunny.?