Fecko the Emcee alias Raplogic (born Ifeanyi Ibegbunam) is a witty Nigerian emcee/lyricist. Raised in the suburbs of Lagos state, FECKO has also developed various acronyms for his name; including Formidable Emcees Can Knock-out Obstacles. And for the records “Da Emcee” in his stage name describes his persona as an artiste. He started rhyming and writing songs at the age of 10, and he officially joined the Nigerian /African Rap scene in 2005 when he made his first record – inspired by his environment, life, and the rhythm of other great prolific emcees and song writers.

During the first quarter of 2009, he was featured on the JoeSpazm Mixtape hosted by Dj Jimmy Jatt, AfricanHipHop “Sequel” mixtape, and on the remix of Terry The Rapman’s “Na Beans?” Fecko recorded his first album in 2006 but that was shelved. So he continued to contribute to a number of mixtapes as well as participated in rap competitions such as Emcee Africa, Starcomms/Collosal Live Revolution Concert and Zain/Nigezie Trusearch.

In December 2009, Fecko dropped his ‘First Impression’ MixTape with guest spots by Terry Tha Rapman, Str8 Buttah, Poetic Seraph (Belgium), Naycha da Poetmc (South Africa) just to mention a few. He also hosted ‘DEEP-SET With Fecko’ on PowerHouseAfrica.com and at various times during his career as a presenter, he has conducted several video-taped interviews with some illustrious Nigerian acts like Banky W, Modenine, Overdose, Illbliss and Terry the Rapman among others.

Fecko’s talent goes beyond just music; he also successfully created the online outfit/network known as Multikraft Media. Multikraft Media is a movement that runs blogs, online magazine (e-magazine), and other sterling services like Web/Graphic Design, 3D Animation, Online Promo/Marketing and others. Although he hopes to pitch his tents with a good record company someday, in the meantime he’s currently working as an independent artist on his album slated for release in the 2011. In between, he teamed up with Teck-Zilla to work on the EP “Rap Logic” which was released in May 9th, 2011 with guest appearances by Modenine, TALoNTED, Naycha(South Africa), The Holstar(Zambia), and is still available for free download on his blog And recently he was mentioned in the Freedom Day Issue of South Africa’s number 1 Hip-Hop mag – HYPE MAGAZINE. Look out for more interesting stuff from this talented young man. 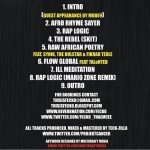 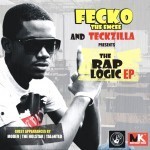