A fan took her obsession with singer D’bsnj to a whole new level at the just concluded Gidifest concert in Lagos.

D’banj, who thrilled the audience to his music, decided on inviting a female fan on stage while he performed ‘i’m in love with the koko’ but got the surprised of his life when the female fan decided on showing just how much she is in love with his koko.

At first the lady could be seen cleaning the swaet off the singer’s chest while he performed but decided against using cloth as she switched to her tongue in carrying out the task.

Much to even D’banj’s dismay, lady began licking his chest but suddenly stopped short and ran back into the crowd covering her face. 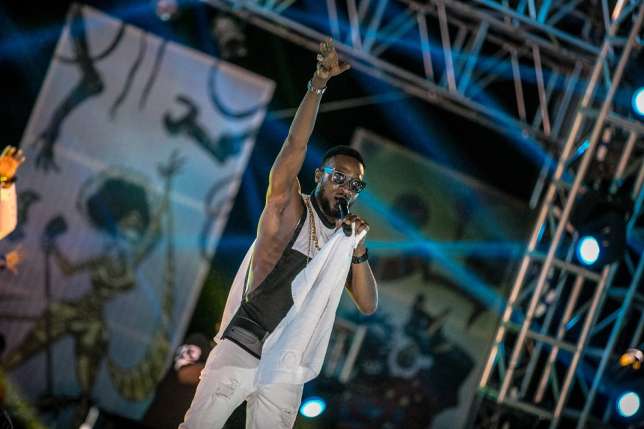 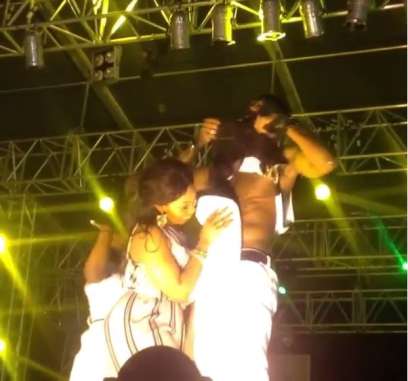 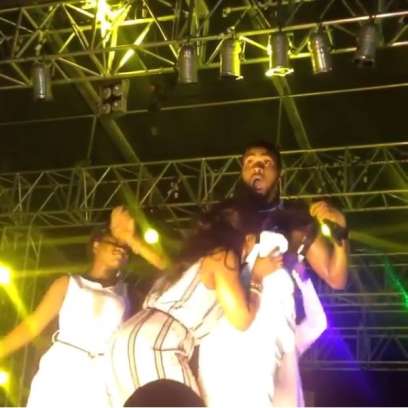