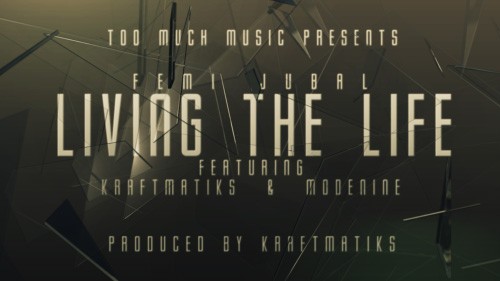 Femi Jubal is no stranger to the game and with already established hit songs like ‘Ere’ produced by Cobhams, “Personal Person”, “One And Only” produced by Xela ft. Maximum and “Naija Song” produced by E Kelly ft AdePiper.

Too Much Music signed artiste Femi Jubal has just released another hit song, in anticipation of his debut album “My Name is Femi” which set to be launched on the 11th of December 2011 at the Get Arena, VI Island. The song titled “Living the Life” features the legend Modenine, who changes up his flow very smoothly on this one, to give us a new fresh sound and also features producer KraftMatiks (“Fast Money, Fast Car”).

The fast, upbeat track with KraftMatiks on the hook will definitely have you dancing, just the perfect way to usher in the Christmas season and end the year 2011.