A little over a  month after releasing his song, ‘Sugar Baby’, it has been revealed that the song has been watched a little over N1million times on video sharing platform, Youtube. 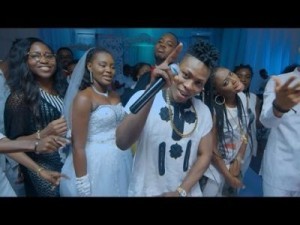 The video which had a wedding theme (Nigerians favorite) was fully packed with celebrities ranging from  Mavin boss, Don Jazzy, Dr Sid amongst others. It was directed by Mex.

‘Sugar Baby’ was released on December 1, 2015, and has since warmed its way into the hearts of all.