Flavour | Davido | Solidstar : Whose “Nwa Baby” Version Do You Prefer? 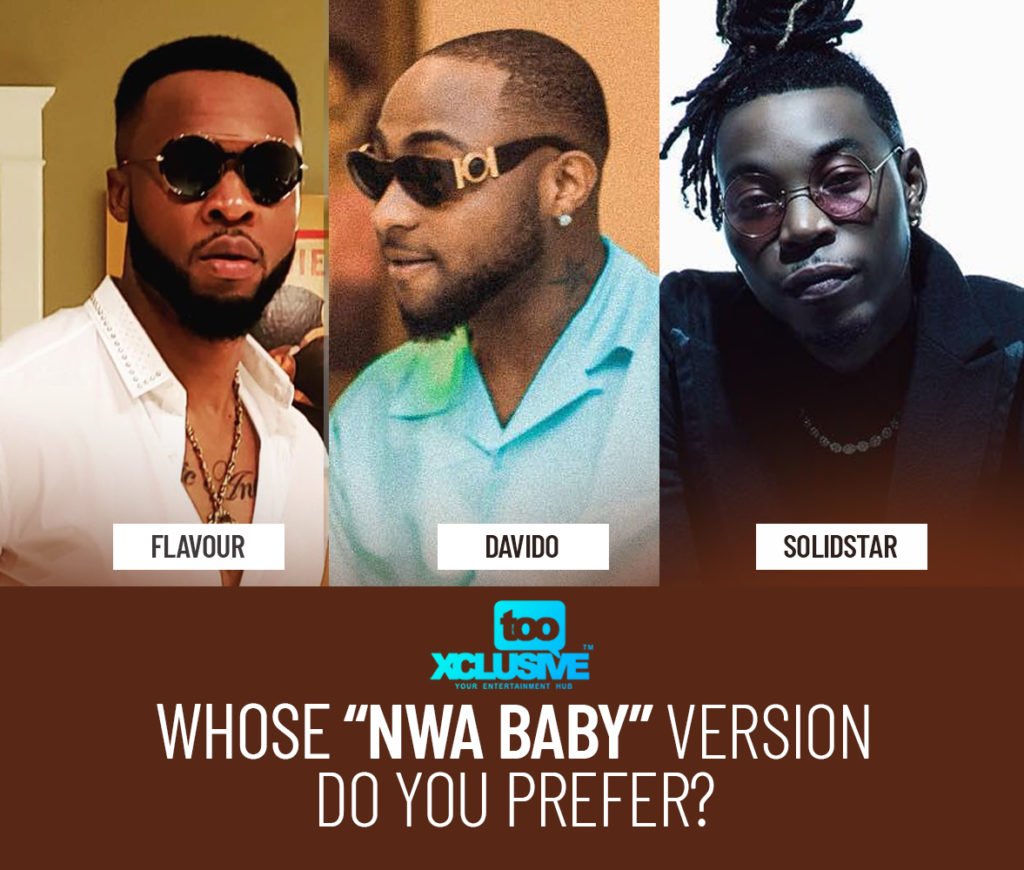 Flavour  N’abania, very prominent artiste in the East, first released ‘Nwa baby’ in 2005 which is also known as Ashawo remix. This song was the deal then, it was one of the songs that brought singer into limelight.

In 2016, Solid Star released “Nwa baby” off his W.E.E.D album. On the song, he featured 2baba. Solid Star’s version, however, did not get the buzz it deserved.

Very recently, Davido released a new single which he also titled “Nwa Baby”. Since its release, the DMW boss’s single has sparked a necessary comparison between the 3 songs.

Let’s have your say, whose Nwa Baby version do you prefer?