Flavour, Kush & Morell – Let’s Live Together (OST Half Of A Yellow Sun) 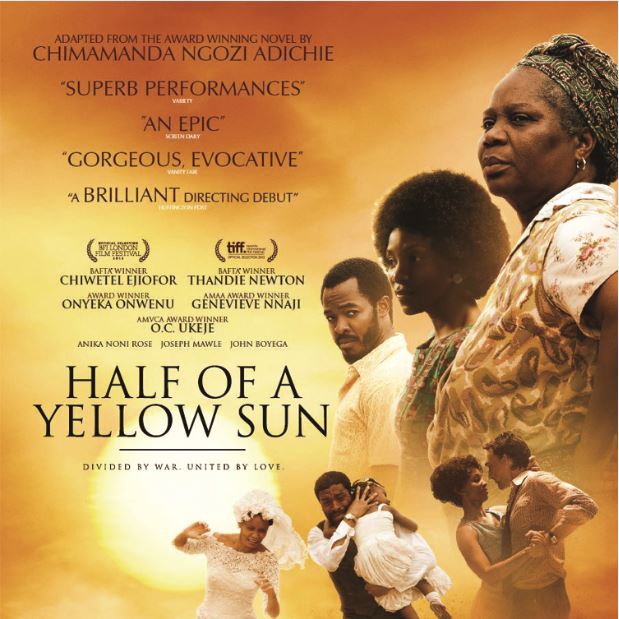 Half of a Yellow Sun the movie is finally here! But before the long-anticipated movie is released next month, we present to you, the official theme song for the movie titled “Let’s Live Together” which is also the first single from the forthcoming official movie soundtrack album. The 4 minute track is a remake of the highly popular song released in 2002 by KUSH.

This 2014 remake features Lara George and Emem Ema of KUSH, as well as renowned artist Flavour, industry phenomenon Morrell and in addition, a special feature by Chimamanda Ngozi Adichie, the award-winning writer and author of the novel “Half Of A Yellow Sun”which inspired the film.

The movie is a love story set during the Civil War and depicts the circumstances at the time, including the divisions and distrust amongst Nigerians that led to coups, violence and the desire for Biafra. The song urges us, in these present times, to live together as one, irrespective of our differences in tribe, tongue, and religion. The main message of “Let’s Live Together” is that our diversity is in fact a source of strength.

Three of our country’s main languages are represented with Lara George of KUSH displaying her award-winning powerhouse voice with a soulful rendition in Yoruba. Flavour adds his emotional and unique vocals in Igbo and Emem Ema of KUSH displays her trademark rapping skills in Hausa (having grown up in Jos) which was one of the most popular features of the original hit -along with adding her own backing vocals to blend with those of Lara. Morrell collaborates with Emem on the Hausa rap and delivers a powerful additional Hausa vocal.

“Let’s Live Together” is a heartfelt appeal to Nigerians to live together in peace and unity and a reminder that there is strength in our diversity as a people. The official video of the single premières tonight at Industry Night.

Blink – Put My Hand On It