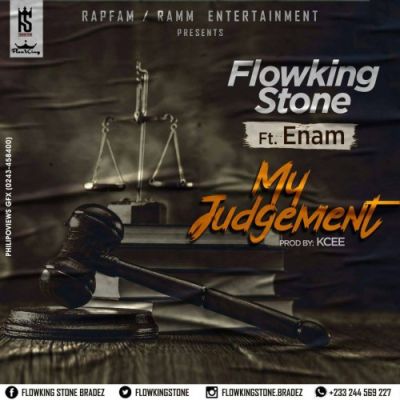 After the previous remix to “Fire Burn Dem”, which featured rapper, Sarkodie & dancehall King, Shatta Wale, Flowking Stone drops this new one titled “My Judgement” which is laced on a beat produced by Kcee Beatz & the record features Enam.

The jam is targeted at hate comments and destructive criticism.