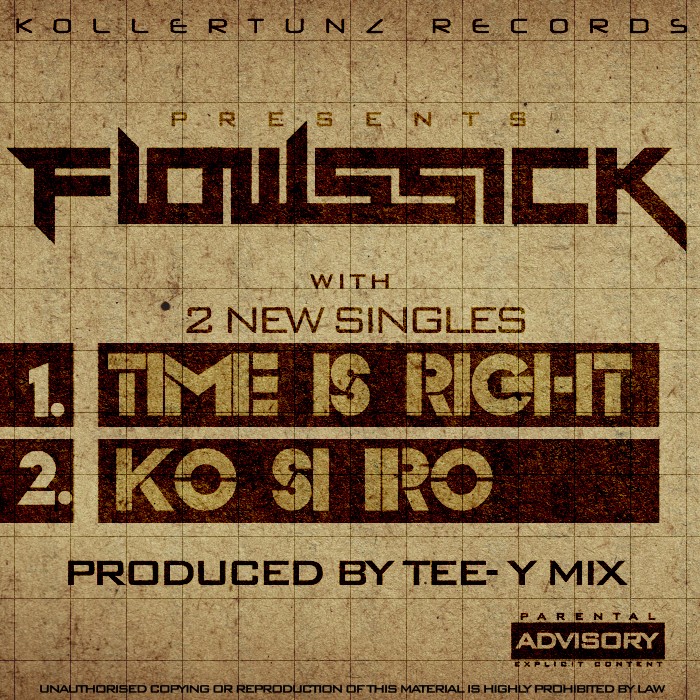 “Abiola Ania the young enterprising Artiste known as Flowssick, fondly called Kid Preddy, the young lad that stunned the Nigeria Entertainment Scene with Hit tracks “Low Key” and “Ringtone” is out with new hot singles titled The Time is Right and KO IS IRO. The Time is Right is a homecoming song for the numerous fans, music lovers and audience for good music. The track is out there prove a point and “shut up” critics who have questioned the quality and substance of the kid Preddy. The follow up single “KO IS IRO” –No Lie is as it is, a song to get everyone moving their body and grooving. The Singles are coming from the stable of the dynamic Kollertunz Records and produced by music maestro Tee-Y MIX.

Kollertunz Team would like to inform Flowssick fans, friends in the media and the general public that more smashing and hot singles to follow. As ever again we thanking everyone for their support and steadfastness in being part of the success of kollertunz Records. Signed by management of Kollertunz Records.”