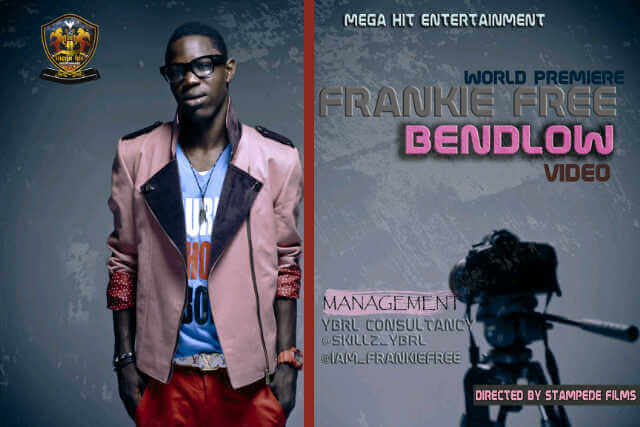 FRANKIE FREE has after stamping his name as one of the most reputable producers from the South-South, decided to show us yet anothercreative side to himself with his new single/video BEND LOW.

The producer/artiste who is signed to MEGA-HIT ENTERTAINMENT actually recorded the song BEND LOW as a freestyle but the witty lines, catchy beat and general dancefloor-friendly feel endeared the song so much to fans, the label decided to shoot a video for it.

FRANKIE FREE has strings of songs lined up and with the release of BEND LOW, his project has only just kicked off. MEGA-HIT ENTERTAINMENT
will be rolling out strategic materials to ensure that he attains and maintains a level of relevance as the year rolls by.