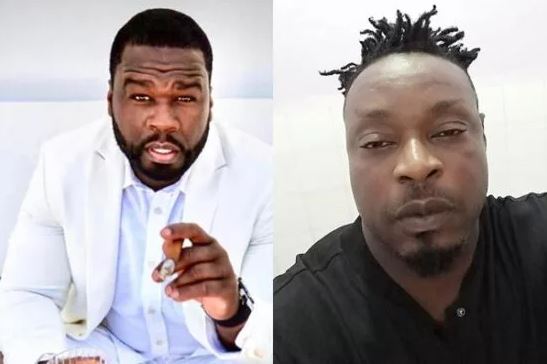 Former G-Unit Member, Young Buck has opened up about the 2004 fight between 50 Cent and Eedris Abdulkareem.

Veteran rapper, Eedris Abulkareem made the headlines over a decade ago after his controversial face-off with American rapper, Curtis Jackson popularly known as 50 Cent. Eedris Abdulkareem had tried to sit on a seat reserved for 50 Cent but he was stopped by 50 Cent’s bodyguards. Eedris was not having any of that and this led to a brawl on the plane.

In a video making rounds on the internet,  Young Buck narrated what really transpired between the two rap stars. According to him, it was one of the craziest experiences in his whole life. The drama started after Eedris occupied a seat allocated to 50 Cent in the first-class lounge. He said the rapper was approached by security and walked off the plane.

However, that was not the end of it. Buck said after the Nigerian rapper was walked off, he made some calls, and suddenly there was an individual walking towards the plane on the runway. According to him, the pilots stopped the aircraft and jumped off the plane.

“G-Unit Member, Young Buck Opens Up About Fight Between 50 Cent & Eedris Abdulkareem”, 4 out of 5 based on 25 ratings.