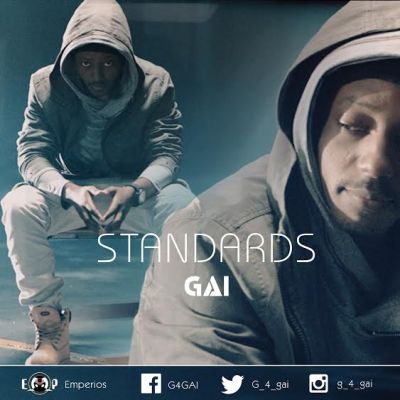 “Gai” the pseudonym used by Ronard Mbah, chosen to represent his artistic self. Gai is a recording artists who specializes in Hip Hop and Rap. Years in the craft has allowed Gai to hone his voice, style and image in the industry, that will show the flare, lyrics, voice, style and charisma in all he chooses to dabble in. He moved to South Africa in his infancy together with his parents where He was able to grow and follow is passion as an artist, that said he is a qualified graphic designer with a honors degree, Black belt in karate with more than 14 medals to his name, A dancer and paints when inspired. Art is never far from his interests and it is no wonder music is always at his doorstep.

Gai has a wealth of music titles to his name but of late has released the mix tape titled “unfair Play”, which the promotional single “standards” which has had the fortune of having a video made and soon to be released. There is much more to expect from this artists as he already working on his next body of work… look forward to familiarizing yourself with the name GAI.