“Gbona” vs “Gucci Snake”…… Which Is The Hottest Song? 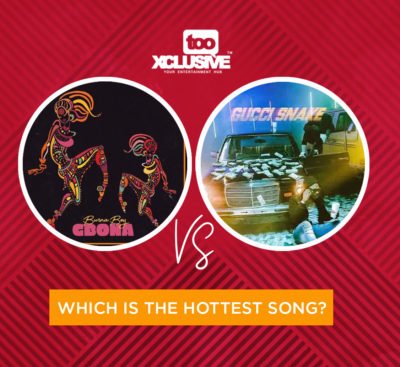 There are two hot songs presently in the music industry, “Gbona” by Burna Boy and “Gucci Snake” by Wizkid featuring Slimcase.

Gbona was released in the month of September, 2018 and it has been shaking things up in the music industry, charts, clubs and parties since it release till present. Gucci Snake on the other hand was released officially in the month of November and the much anticipated single that fans were waiting on for months turned into an instant hit.

Well between the two songs, “Gbona” and “Gucci Snake“…Which is the Hottest song ?