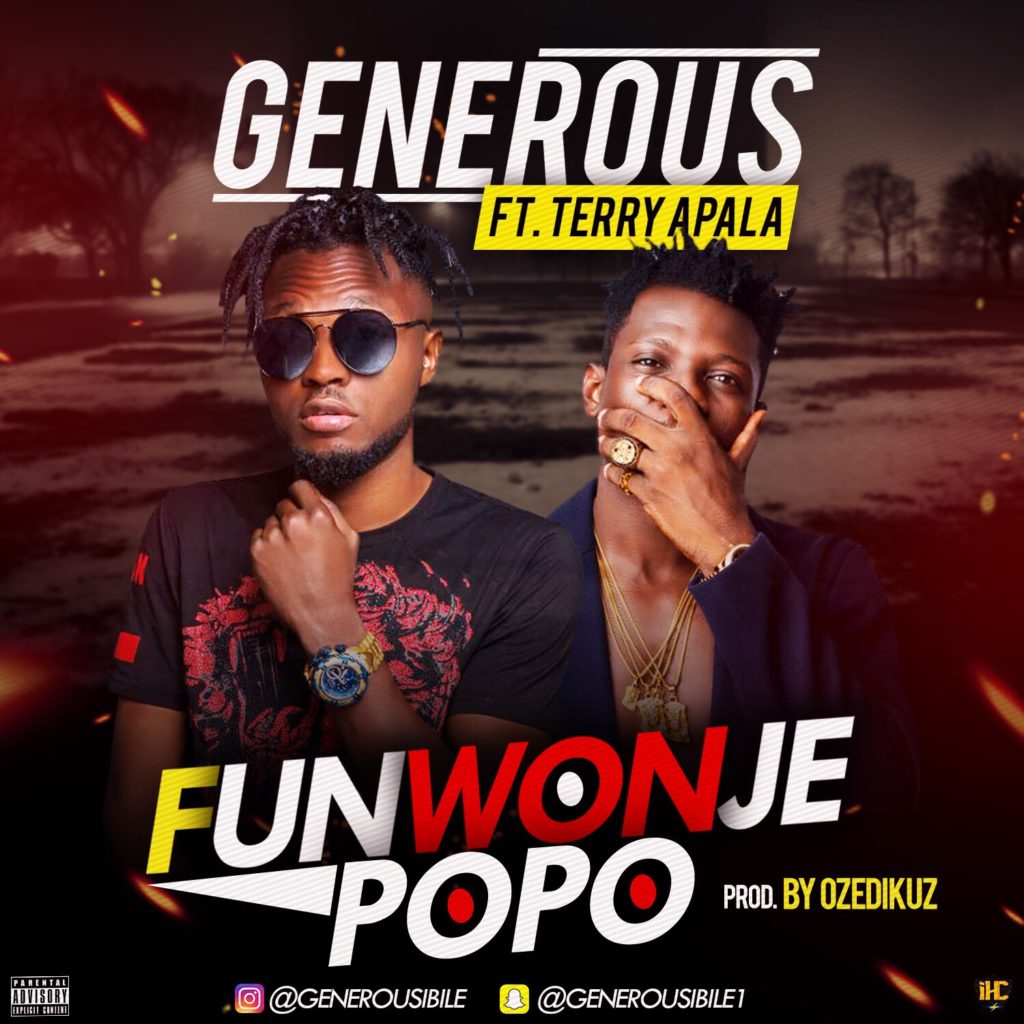 Odedoyin Isaac Opeyemi, popularly known as Generous is an indigenous rapper that never disappoints his fans for once.

After the success of the mega hit called Hanty Cidi produced by Young Jonn (the wicked producer), now he’s back with another banger called “Funwonje Popo”, which features the multi talented music star – Terry Apala.