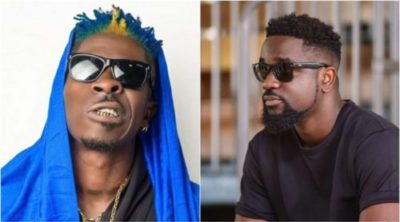 Ghanaian rap lord, Sarkodie finally breaks his silence as he comes out strong and all hard on Ghanaian dancehall artistes, Shatta Wale who has been speaking ill about Ghana’s top artistes.

Sarkodie is known as the African version of Eminem with his fast rapping skills and the bars he split on beats. Sarkodie gives it hardcore to diss Shatta Wale on the new freestyle he releases as his Advice for him. On this freestyle, the rapper breaks his silence and finally addresses Ghanaian dancehall act Shatta Wale directly, after having received a number of verbal abuses from the singer over the past few months.

Sark also releases a visual to buttress his points and lines on the freestyle he dropped to diss Shatta Wale and shut him up.

Watch the visual below

“Ghanaian Heavy Weight, Sarkodie Quash Shatta Wale In This New Video”, 5 out of 5 based on 1 ratings.