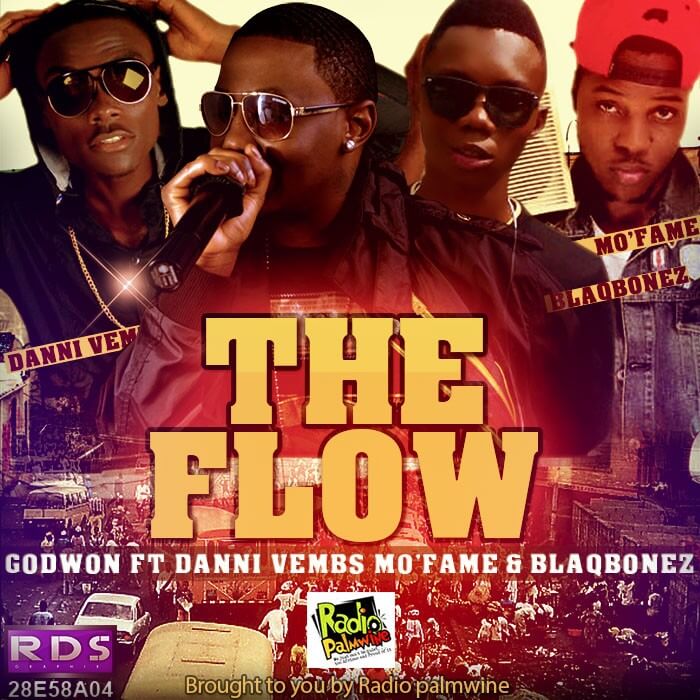 Sometime last year, Radiopalmwine entertainment put up the second edition of it’s “Rap competition” via it’s online platform for upcoming rappers, and the Top 3 of that competition were promised a feature with top Nigerian Rapper/Lyricist: Godwon. Out of the many upcoming  rappers that laced their dope verses on a beat provided by Dj Mewsic or Brila Fm, a top 3 emerged after an online voting: Mofame, Blaqbonez and Danni.

MoFame is a rapper from the south of Nigeria, known for his versatility on beats. He just released his new mixtape “Bridging The Gap EP” .

Danni, known for his pidgin flows, “King of the middle belt” as he calls himself is fast rising and has a lot to offer the Nigerian rap scene.

Blaqbonez is a monster on the Mic, this fast rising rapper from the east of Nigeria is known for killing every beat he goes in on. He’s definitely one to watch out for. His mixtape “Hip Hop In BLAQ” just dropped weeks ago

The Flow is a product of Godwon, Mofame, Blaqbonez and Danni. They all went in on a beat produced by fast rising Nigerian producer “Sencosonic“, and the result is a dope Hip Hop joint that will get y’all bumping your heads.