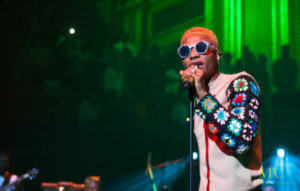 Starboy Wizkid is no doubt everyone’s favorite person at the moment after the singer bagged the ‘Best International Act‘ award at the 2017 Music of Black Origin (MOBO) award ceremony in Leeds, United Kingdom.

The ‘Manya’ crooner broke a record of being the first African pop star to win after beating international stars like Jay-Z, Drake, Rihanna, Nicki Minaj, Eminem and co on the list to win the award.

Since the announcement, many artistes as well dignitaries have congratulated the Starboy via their social media account. The likes of Senator Ben Murray Bruce, ex-President Goodluck Jonathan and even EME boss, Banky W have all showered Wizkid with praises. 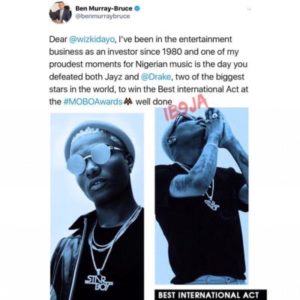 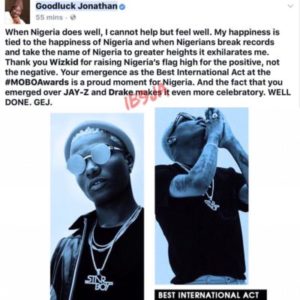 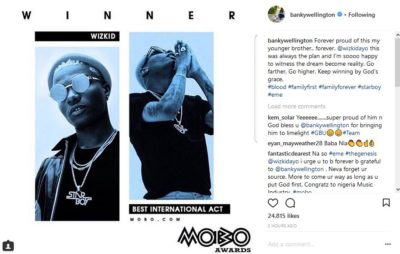