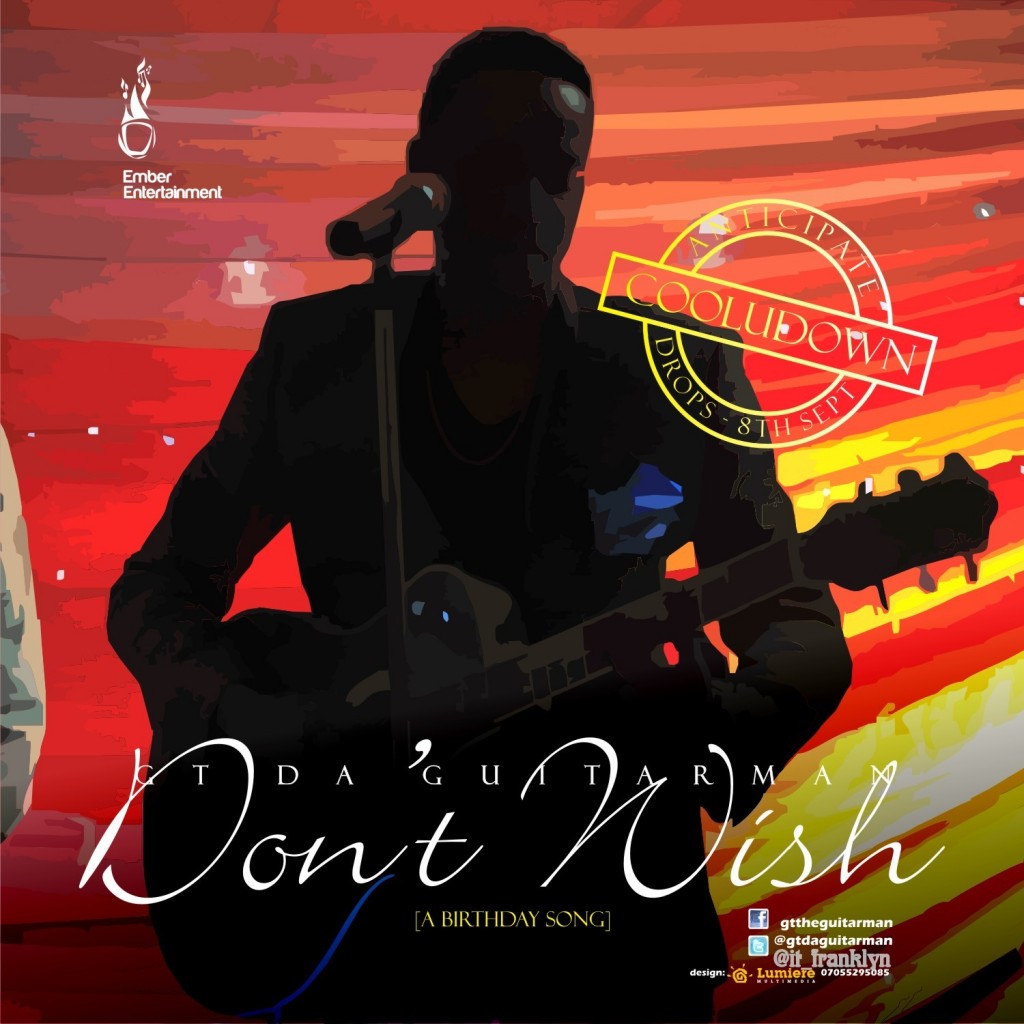 ‘Why wish me a happy birthday when you can make me a ‘Happy birthday’ GT sings in song – ‘NO WISHES’.

GT Da Guitarman whose birthday is tomorrow, is doing something a little different this time. As he turns a year older tomorrow (Sept. 8), he has instructed friends, fans and well wishers not to wish him a Happy Birthday. Rather, he gave a list of things they can do to make him a ‘happy birthday’ in this rap song as he gears up for the release of his much talked about club banger titled COOLU DOWN which drops on his birthday.

Here is NO WISHES, produced by FREQ (da_freq), a rap song which is a prelude to the release of COOLU DOWN.