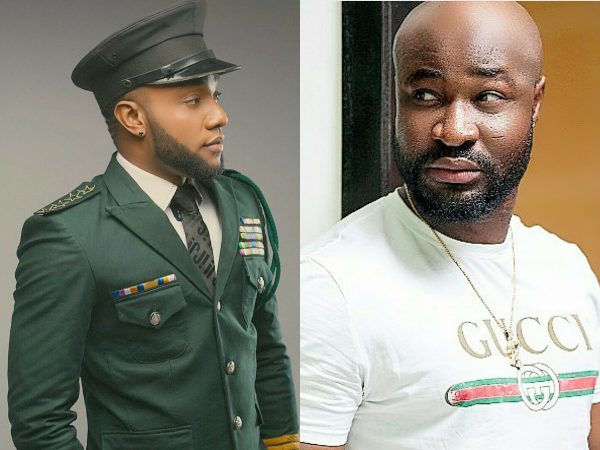 Kcee, is not one to be pushed over as he has made known via his lawsuit and new interview.

Speaking with Saturday Beats, the Five Star Music act, weighed in on the latest row between him and former labelmate, Harrysong and Soso Soberekon, their manager.

Recall Soso, in an old interview slammed Kcee, saying he filed the lawsuit because his career is dead, well Kcee has some not too nice words for him and Harrysong.

“When Harrysong was with us, we paid for his video shoots. He never travelled with his money and I am saying that with all confidence. I challenge him to contradict what I am saying.

When I met Harrysong, he had no visa on his passport. We gave him his visas. He travelled business class even when he had yet to release any song under Five Star.

He started travelling business class just to build self-esteem and confidence. He shot all his videos internationally and I can show you all the invoices. Most of his videos were shot abroad.” .

Not stopping there, the TENDER crooner, further warned Harrysong, telling him to tread careful or he will spill more tea about him which might just end his career.

On his career being dead without the ALTER PLATE boss, Kcee, boasted about having still remained in the music industry for years.

“He needs to be careful. Harrysong never influenced our sound; instead we polished his sound and we added more groove to it. .

For me, I have my own weaknesses and he also has his element. I started as a DJ and I know what the people want and I direct his music. If you ask most of our producers, I changed the direction of his song, Better Pikin. .

He sometimes advised in my song; we had a collaborative relationship. When you work as a team, it does not mean you own everybody; you cannot just write somebody off. .

Because you bring in inputs does not mean you should look down on anybody, it is wrong. We are all human and I deserve some credit. I have been in this industry for a while,” he said.