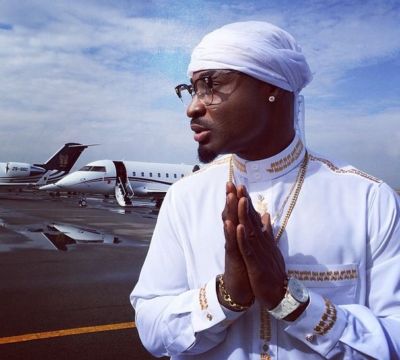 Harrysong’s Ex PR Manager, Anusiobi Franklin has come out to confirm an earlier post about the singer’s greed by his Ex Manager Kaycee.

Anusiobi Franklin stated that ‘It’s painful seeing Harrysong pass through depression at this moment but truth be told he really needs to beg for forgiveness from alot of people‘, Anusiobi who has been working with the singer as his PR manager for Eight (8) years said is nothing good to talk about because of the singers greed and stingy lifestyle. He also talked about Harrysong’s Ex manager Kaycee who had devoted 10 years of his time, strength and money for the singer & his record label Alter Plate and other known people that have left him like Dr Amir, Ebisco etc.

He said towards the end of his post that he knows Harrysong too well and he can tell his depression and when i did don’t cry for me, are all publicity stunts… 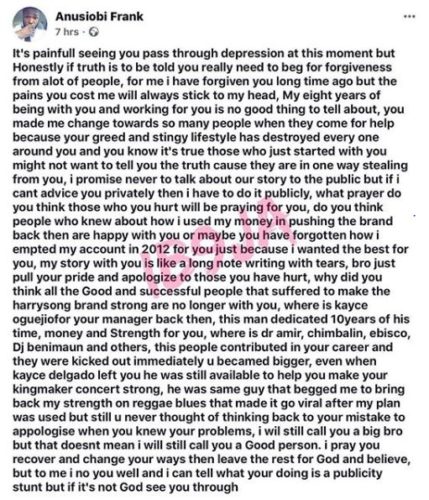