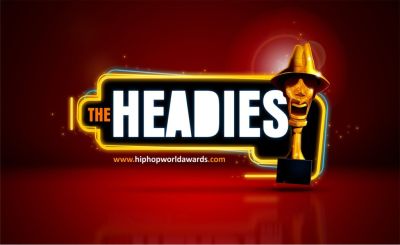 With the controversy sparked following of the release of the nominees list Headies Award 2016: the organizers of the award show, has finally offered an explanation on the reason for the choice of nominees.

Via a statement the organizers offered an explanation saying:

‘Over the years, Nigeria’s most prestigious music award, The Headies has strived for excellence in building the award on true values of integrity, transparency and responsibility. We have worked hard to reward artistic ingenuity since day one and also educating the teaming fans of the award, the public and the entertainment industry about the rules of the awards and the criteria for nominations in each category. Often times, we realize that the fans, people in the industry and the media are either misled or not paying attention to the rules and criteria for nomination.

‘Hence, it is important to set the record straight and continue to enlighten the industry and the fans. We recognize how important The Headies is to our industry and we will not take information for granted.’

‘Next Rated for example are officially unreleased artistes in the year under review. This means, no matter how good or popular your song may be, how many hit singles or how many good music videos you may have, if you have not recorded and released an official album, you are still eligible to be nominated for that category. In the same vein, you may start your career a year ago, as long as you have released an album, will not the eligible for nomination in the Next Rated Category.’

‘Another category is Hip Hop World Revelation of the Year, this category simply means, Best New Artiste meaning, you must have released your debut album in the year in review. Even if you have spent 10 years in the music industry and might as well released 18-20 singles; as long as you haven’t released an album, you are not eligible to be nominated in the Revelation Of The Year category. Until you release your first album you are then considered a new artiste in the year under review.

‘If Peter of P-Square releases an album in the year under review and it meets judges requirements, it can be nominated for Revelation of the Year otherwise known as best new artiste. Same happened to Beyonce after her Destiny’s Child exploits.’

‘Your song will not be nominated in the singles category be it Best Pop or Best R&B or Rap single category if the song wasn’t officially released as a single. This means, even if you release an album and a song/track off that album is good enough and meets other requirements, it will still not be nominated because it wasn’t released as a single, regardless of whether you shot a video for it or not.