Heavy Shots Fired! Wizkid & Skales Call Each Other Out Over ‘Azonto’ Song

Okay. So this just happened on Twitter and I’m sure it’s on it’s way to becoming one of the jaw dropping gists of the Industry as former EME label brothers and respected acts Wizkid and Skales shade themselves on Twitter over ownership of the familiar ‘Azonto’ song.

It might be that someone thought to set the records straight but we’ll never know for sure. Speaking of which, why hasn’t Banky W cleared the ruckus seeing as he was their team lead at the time? He’s probably in best position to say whose tent we should be pitching although Legendury Beatz has pointed out that they made the beats and was “fully paid for” by Starboy Wizzy.

As the drama unfolds, please join the conversation by commenting if you’re #TeamWizkid or #TeamSkales.

See their tweets below (read from bottom up). 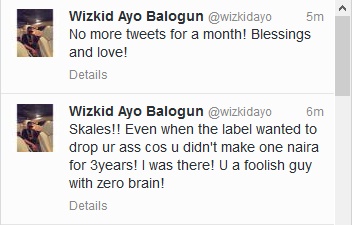 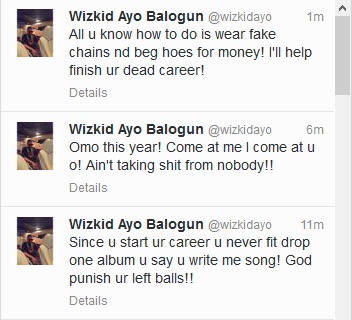 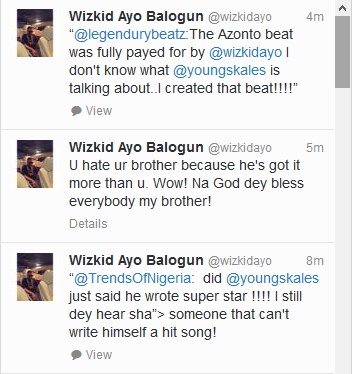 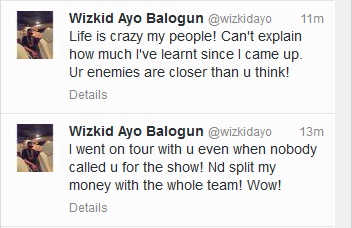 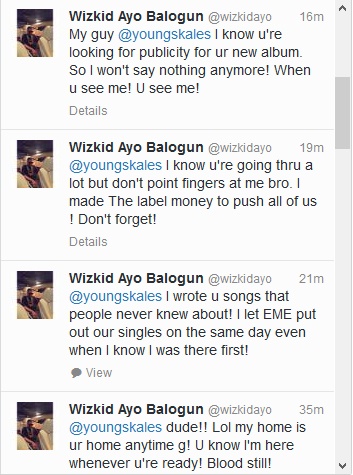 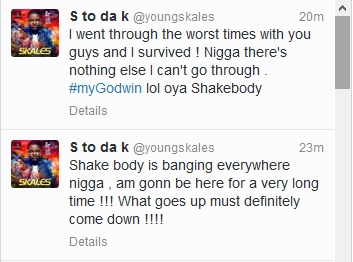 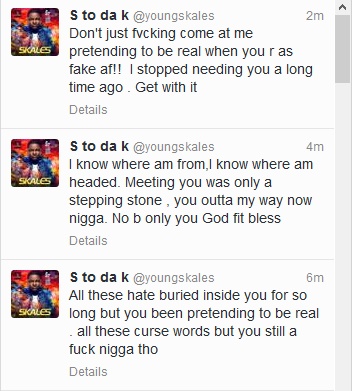 “Heavy Shots Fired! Wizkid & Skales Call Each Other Out Over ‘Azonto’ Song”, 5 out of 5 based on 1 ratings.