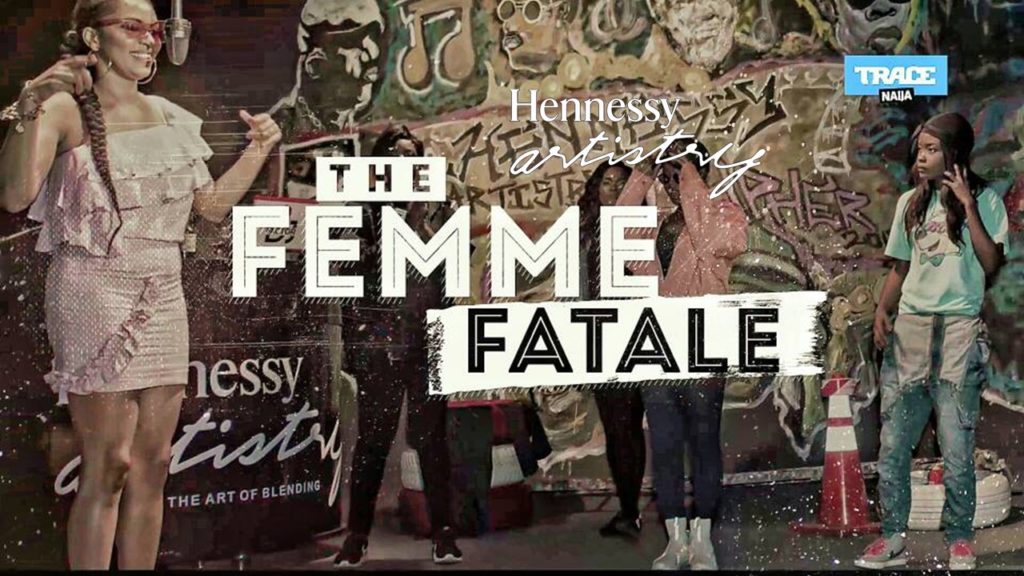 Following the release of its first video, the Hennessy Cypher has sparked up the most engaging conversations among hip-hop critiques and fans.

This newly-released cypher video from a crew of some of the hottest FemCees in Nigeria is so refreshing. In an era of #BlackGirlMagic, we have Muna, Waye, Phlowetry, Cleo Thelma and AT offering us a glimpse into hip-hop’s best self.

With 8 bars beats produced by ChopStix, these women offer us honest depictions of their everyday lives without sacrificing lyrical dexterity or aggressive delivery.

The session kicked off with an unapologetic personal declaration by Hennessy VS Class First Lady, Phlowetry “This wonder woman is on a different level/You know I no fit stop am/So don’t tell me to be careful”.

Muna ended the session with a poetic wordplay on her journey as a woman who is evolving “I’ve been manifesting many things I didn’t ask for/And now my blessings when I think of two, I get four”

It has become clear that there’s more at stake than simply dope verses and punchlines. There is the need for the industry to pay more attention to the women in hip-hop which is the aim of introducing the first ever female cypher group in this edition of Hennessy Artistry.

Check out the geniuses behind the video below:

Stay locked for the rest of the Hennessy Cypher 2017 as it’s about to get lit!

To catch up with previous videos, follow Hennessy on