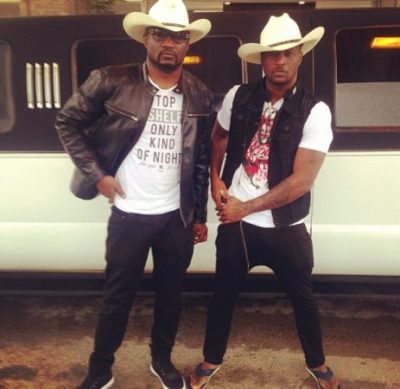 Following the announcement of the ban on music videos and movies shot outside the country, one-half of singing duo, Peter Okoye popularly called Mr P of P-Square has reacted to the news threatening to relocate outside the country.

Mr P took to his Twitter and Instagram to vent about the proposed ban that will stop artistes and movie producers from traveling abroad for video shoots.

Recall that Minister of Information, Mr Lai Mohammed announced that the Federal Government is making plans to stop entertainers from shooting abroad.

Our behavior when we hear say FG dey plan stop something ?…. soon dem go tell us how and which style we go dey use de Kpakam our wife dem ? let me come and be going ????

Smh. An industry they NEVER encouraged, supported or empowered is what they now want to control. Let all of you stop running to abroad when you are sick as na naija money una dey use patronize oyibo hospital dem. You people are the ones refusing to fix our health facilities so u travel out when mosquito bite una. So why tell us where to record when u can’t provide uninterrupted power here in Nigeria. Sometime I wonder how we got it all wrong. Una children when dey sch for abroad na which money una dey use patronize them? Abeg stfu!