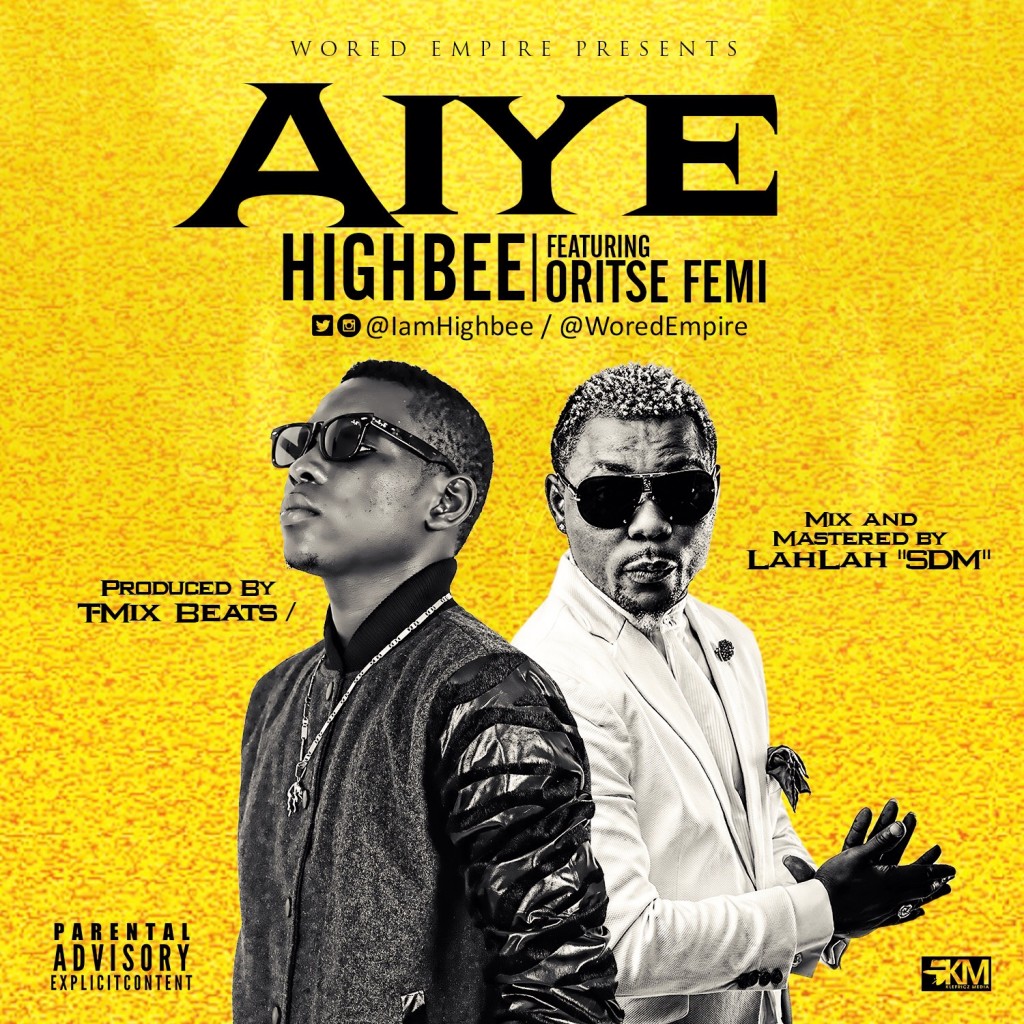 The Fast Rising WORED EMPIRE Young Talented Indigenous Rapper “HIGHBEE” is fast becoming a household name. After the successful release of his debut track “LOWKEY” which he featured “CARTIAR” and his follow up, a freestyle titled EFILEFUN.

He’s here with this banging track titled “AIYE” produced by T-mix, Mixed and Mastered by LahLah, and he teamed up with the Musical Taliban himself “ORITSEFEMI” and trust him to come up a good hook any day.

His Realistic talk and Wordplays distinguishes him from most rappers in the industry, He’s never made drawing inspirations from Vector and Kendrick Lamar a secret. Download and share your thoughts.