BBNaija: “I Am Not Romantically Attracted To Queen” – White Money

Previous: An Open Letter To Davido… “You Need A Deeply Personal, Tributary Project Not Just Another Album”
By Eniola Lasaki | Oct 6, 2021 | 09:51 - Leave A Comment 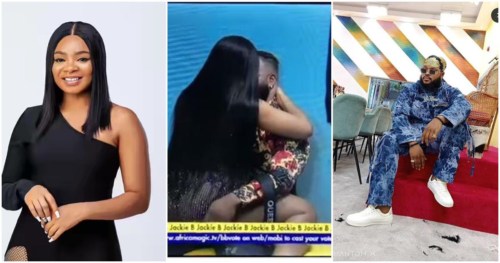 White Money has cleared the air about his supposed relationship with fellow housemate, Queen.

The winner of the Big Brother Naija Shine Ya Eye season made this known during an interview with Toke Makinwa on one of the special interview episodes by Showmax.

When asked if he would be pursuing a relationship with Queen now that they are both out of the house, White Money said, I am not romantically attracted to Queen. I am not in the state of mind yet. I do like her as a friend and i’d want to keep it that way and see what happens from there.

This may come as a shock to Queen, who in most of her interviews made it clear that she was willing to pursue a romantic relationship with White Money and only Whhite Money.