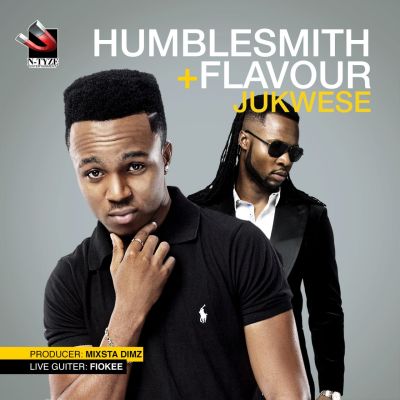 Still riding on the wings a strong showing with Osinachi Remix featuring Davido, Pop Sensation, and N-Tyze Entertainment artiste, Humblesmith has decided to fly his soaring brand to new industry heights by dropping another highly listenable Single. He calls it, Jukwese. And this time he features another top flight: Flavour Nabania.

Interestingly, “Jukwese means ‘ask around’,” Humblesmith says. “And if you ask around, you will be told Jukwese is more than my new single. It’s an expression. A dedication to my very true fans. Fans who enjoyed Osinachi so much, it became an on-Air regular, a DJ Favourite, a Club Hit, and a social media buzz. Now we are soaring to newer career altitudes with Jukwese… So, the song is for them. The true great fans.” Deftly-produced by Mixsta Dimz, Jukwese (Humblesmith’s 4th single) is symphonically mixed with Live Guitar by Fiokee.