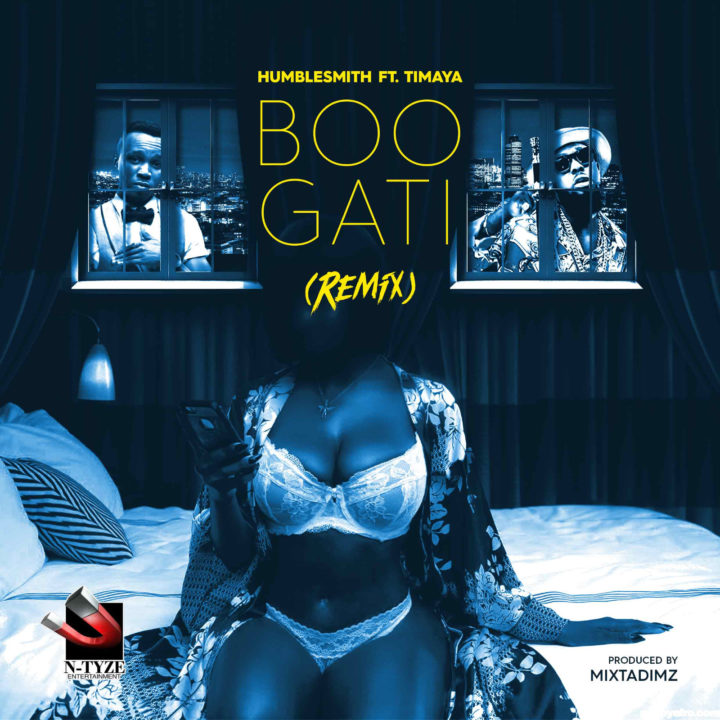 “Highlife sensation, Humblesmith drops the remix to one of his smashing singles, ‘Boogati. The new song features son of the soil and hit maker, Timaya.
There is definitely no slowing down for the Osinachi crooner in 2017 as he drops this new single just days after releasing the new Lagos anthem, ‘Beautiful Lagos’ which even caught the attention and admiration of the Lagos State Governor, Mr Akinwunmi Ambode. He went on to privately present the song to the Governor himself. He seems totally ready to take over this year.
The musician has featured top acts such as Davido, Phyno, Flavour and Harrysong in his past songs but on this one he features the Egbere Papa 1 of Bayelsa, Timaya.