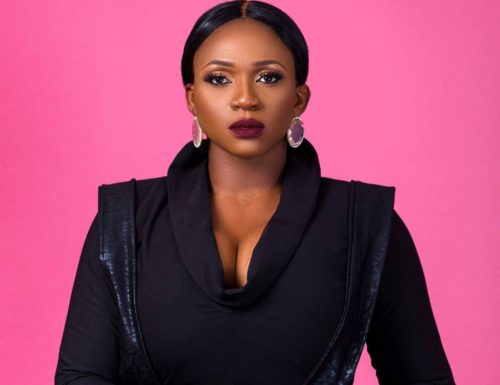 It is really a frustrating thing to realise that the greatest skill you possess as a human cannot even be productive financially, especially when you even make so much conscious efforts to make it worthwhile in that regard. It becomes clearly worse when you get to know that those that do not even possess quarter of that skill get so much reward while you get nothing.

This is the case with talented and powerful singer; Waje, as she is obviously frustrated that what she has taken as her first love(music) and the craft she has taken her time to nurture and develop is not rewarding her efforts but instead creating so much pain and frustration in her life.

In a video interview that has circulated social media, Waje is seen expressing her bitterness over the frustration of her music not yielding her profits despite the fact that she works hard to create… The singer opens up on the fact that while she wasn’t putting out music, people were clamouring for her to release an album. She said everywhere she went to, she was always told to release an album because it was long overdue, and in a way to satisfy these people, she released one.

Waje however said, since she released the album, it has hasn’t gotten any positive reception, no money has been made from the album, and the people who were asking for the album are no where to be found. She also said if it’s to do a publicity for the album, she cannot do because she does not have the money to do it, she cited her personal issues as a result for not having money to spend on publicising the album and much more.

Waje came on to the music scene, in 2010 as a result of her effort on M.I’s song; “One Naira,” in which she took the chorus and stunned music lovers with her very powerful and unique voice. After the song, Waje became a huge name in the music industry and someone other musicians run to when songwriting or vocal assistance is needed on their records.

Waje released her sophomore album; “Red Velvet,” in 2018 after her first album, W.A.J.E in 2013. The “Red Velvet,” after its release did not do well at all commercially, which is the reason she has decided on venting her frustrations and even decided to quit music.

We sincerely hope she gets that encouragement that she needs and get ‘back up’ as soon as possible.

“”I Am Quitting Music” – Waje Reveals As She Pours Out Her Frustration”, 5 out of 5 based on 1 ratings.