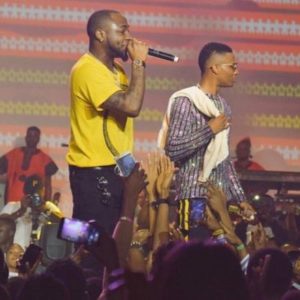 Popular show promoter and co-owner of Triple MG, Paul Okoye aka Oga Paulo, has revealed the role he played in the reconciliation of Wizkid and Davido. The two music super stars had earlier given an impression that there was beef between them, until they shocked Nigerians with a joint performance at the recently organised Wizkid concert.

The revered promoter revealed via his Intagram post, how he begged the two artistes to reconcile. He described their reconciliation as his Christmas and New year present.