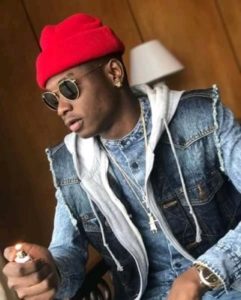 Punch Entertainment caught up with Lil Kesh for an interview recently, and the singer revealed he has no regrets on releasing his latest song “Logo Benz which generated a lot of controversial remarks regarding the morally degrading lyrics adopted in the song.

You would recall the song was about indirectly promoting the widespread mysterious theft of female panties which has been rumoured to be used for money rituals by desperate evil doers which many find so insensitive and ridiculous. People felt why would such a song be released at a time when the whole nation is scared of the situation and desperately looking for a way to end the calamitous act.

However Lil Kesh has cleared the air on the issue while also stating he does not regret releasing the song. He said,

Logo Benz was inspired by things we saw on social media and in our environment. One of the trending news now is how people are stealing pants for money rituals. One of those things they buy with the money is Benz cars. We thought we should do a song about it and create awareness; this is what we have been doing as musicians. But I guess people got the wrong impression. When it came out, it was heavily criticised and people felt we were promoting money rituals. I understood why it happened because some parts of the lyrics were not too clear. If we had looked for a better way to put the story out there, people would have understood it better.”

He added, “We have been able to create so much awareness on the issue and I am sure we have been able to save lives. Even if it was just one person we saved by releasing the song, I am happy. I don’t live with regrets. If I could go back in time, I would still release the song. But this time, we would do it in a way that it would not be misunderstood.”