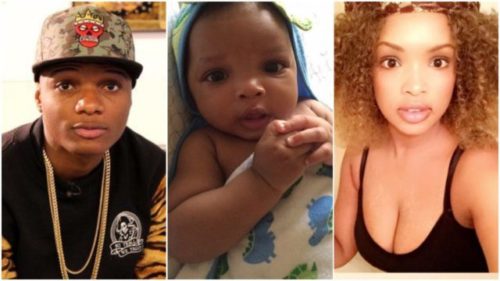 Wizkid’s second babymama, Binta Diamond Diallo who has recently been in the news for wanting to switch baby daddy with Chris Brown and accusing Starboy Wizkid for not taking care of his children’s responsibilities (see post), had again put out the ‘Agreement To Establish Paternity, Custody, Visitation and Support’ between both parties that was meant to be settled amicably out the court by both parties lawyer since February 2018 but Wizkid have not gotten in touch since then.

Binta Diamond then said ‘I should have sued Wizkid and take him to court but his family members keeps begging me not to and told me that Wizkid himself wants to settle everything with his Lawyer outside the court because he didn’t want to get into trouble with Immigration, So she listened and accepted the deal and gave him the chance to do the right thing‘. This was all 7 months ago and his Lawyer kept on saying he hasn’t been able to reach his client

Wizkid’s family begged me not to drag him to court, to avoid immigration troubles. Binta Dialo – Wizkid’s second babymama