I Made Over N130m In December Alone – Davido Shares Screenshot 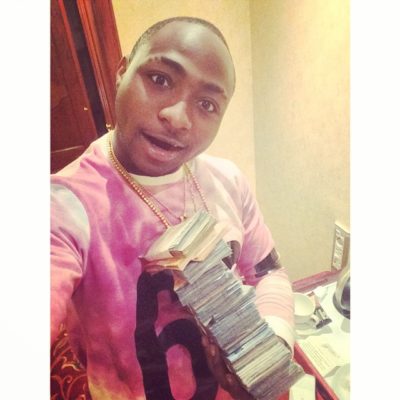 With the internet going wild over Instagram and Snapchat user, Hush Puppi’s recent revelation of spending over N11million at Lagos nightclub, Quilox, singer, Davido, has shut him up with proof that he made more in December alone. 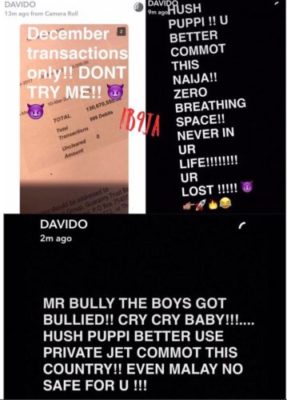 Davido, took to snapchat to share proof he made over N130million in December alone. He further advised slammed Hushpuppi for such extravagant spending saying he should instead purchased a house with such amount instead of spending it at a night club.