‘I Thought Timaya, Iyanya, Praiz Were My Friends’ – OAP, Toolz On Relationship With The Singers 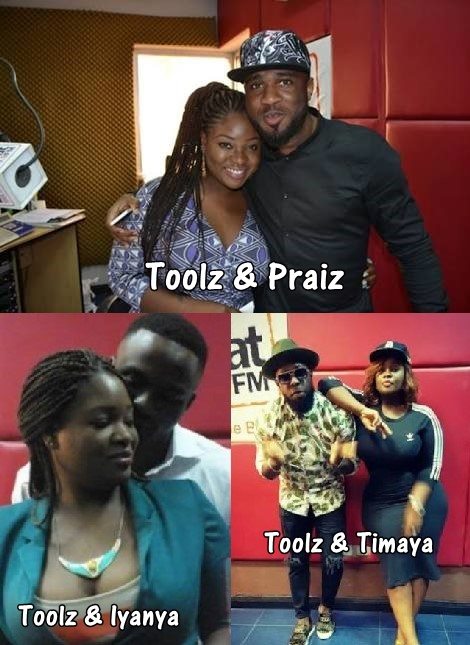 Popular OAP, Tolu Oniru aka Toolz recently made a revelation about her relationship with Iyanya, Praiz and Timaya. According to her, some of her male “friends” in the Nigerian music industry cut their communication with her immediately she got married. She named Praiz as one of them and said she confronted him after his interview with Oliseh and Maria Okan, seeking to know his reason.

She revealed that Praiz responded by saying he didn’t stop talking to her that he only curtailed the frequency of their communication because of his respect for her marriage.

Timaya, on the other hand, made it clear to Toolz that she became dead to him the day she got married and it seems he has been true to his words because there seems to be no word from him since then.

She also name-dropped Iyanya, saying he told her he stopped calling her because she got married.

Toolz made her unhappiness with the sudden break in communication, clear because she thought she was friends with these artistes.

She also said that it is quite hard to understand the whole idea of the singers breaking-off contacts with her, because like it or not she was going to marry her boo and that shouldn’t hinder FRIENDSHIP.