Previous: 10 Nigerian Artistes With The Highest Collection Of Cars Worth “1.4Billion” | See List. 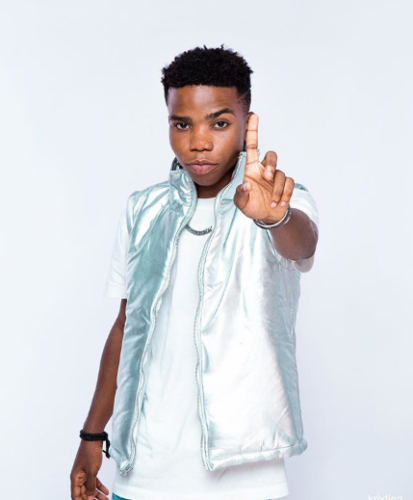 Former YBNL act, Lyta has apologized to his former boss Olamide and has vowed to do anything just for his apology to be accepted.

It is no news that Lyta and Olamide had a misunderstanding sometime this year which led to him leaving the record label for Doro music.

Olamide explained that Lyta was extremely jealous of Fireboy’s success and left in search of greener pastures. The “woske” singer then proceeded to unfollow him on Instagram and many believed that the dispute would never be resolved.

However, it appears that the “Monalisa” singer is ready to bury the hatchet and in a recent interview shared by Cool FM OAP, Dotun on Instagram, Lyta openly apologized to his former boss and pleaded with him to forgive him. Lyta revealed that he misses Fireboy and the rest of the YBNL family.

I love Baddo Sneh so much. I can do anything for him. I want to beg him. I just want him to forgive me.

(Part 1) This interview was riddled with so much emotions.. these my interviews sometimes can send chills down your spine. @official_lyta begs Olamide for forgiveness and HE finally says the truth on why he left YBNL… #Superstarwednesday on @coolfmlagos …WATCH FULL INTERVIEW ON MY YOUTUBE PAGE **LINK IN MY BIO**

“I Will Do Anything Possible For Baddo – Lyta Publicly Begs For Olamide’s Forgiveness”, 5 out of 5 based on 1 ratings.

Olaosebikan Olabimpe is a News Writer and Content Creator at Tooxclusive. Her idea of a great day is to be indoors snuggled up with a book and good music. She is also a passionate lover of rap.
Website
Submit your comment
7 total comments on this postSubmit yours
Recent Comments
Popular Posts