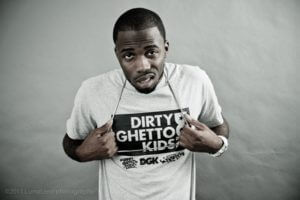 I.z started recording when he turned eighteen. With the help of his best friend, (who is also another upcoming promising artist/producer) Future Joyner, He began molding himself into the artist he hoped to become. In 2010 I.z dropped his debut mixtape entitled “DontactlikeIwontcomeoutsinging”. Which was hosted by D.j Obi. (2011 worlds best D.j winner at the N.E.A’s).

Set to drop his Sophmore Mixtape entitled “Coming To Nigeria”, I.z has taken a whole new approach by mixing his American flows with The Nigerian Feel. Working with One of Nigeria’s top Producers Samklef and another upcoming producer E.M.X This mixtape is promised to make waves