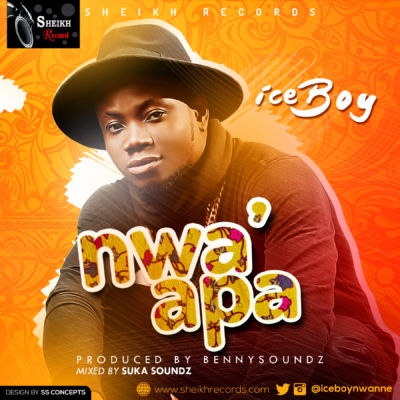 This is a follow-up of his previous single Olooku, which went viral and took over the streets with an awesome video to go with. ICEBOY signed to sheikh records officially drops another banger titled NWA’APA. Produced by bennysoundz and was mix & mastered by suka sounds.

Nwa’pa is a fusion of highlife, dance hall with indigenous igbo rap. Nwa’pa is a song describing the endowments of a beautiful lady he met and that awesomeness in her endowment keeps calling people’s attention given her gait.

Message passed in a groovy, matured and funny way, nothing like you have heard before, Words can’t describe this song, no doubt you going to love ICEBOY on this one as much. Enjoy this one. Download listen and drop your comments.