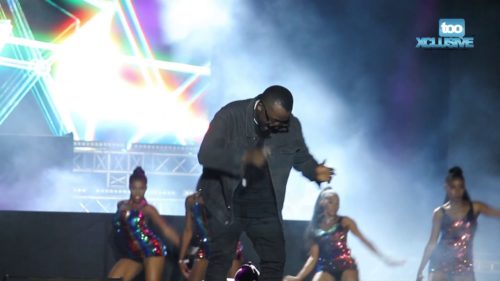 Ice Prince was in-form as he dazzles the crowd with a top-notch performance at the Livespot X Festival which was held last weekend in Lagos.

The “Superstar” singer thrilled the crowd with a lot of hit songs from his golden library and it made a lot of people wish they could go back to the era when Ice was as hot as the sun. However, because the headliner of the festival is a Hip-Hop guru, Ice Prince decided to hold it down for African rap before her arrival and he hit the right notes.

“Ice Prince Held Down The Hip-Hop Culture For Africa At Cardi B’s Livespot Festival || Watch Video”, 4 out of 5 based on 16 ratings.

Nifemi is a graduate of the University of Lagos. He's a unique user of the pen when it comes to the expression of whatever. He is editor-in-chief of the organization and also a writer of news, articles, editorials and a lot more to help expand the level of knowledge of the readers and simultaneously have them entertained. A lover of music and football is who he is and a Man Utd die-hard.
Submit your comment
2 total pingbacks on this post
Click here